I Started Keto For Weight Loss, But the Health Benefits Have Been Unreal! 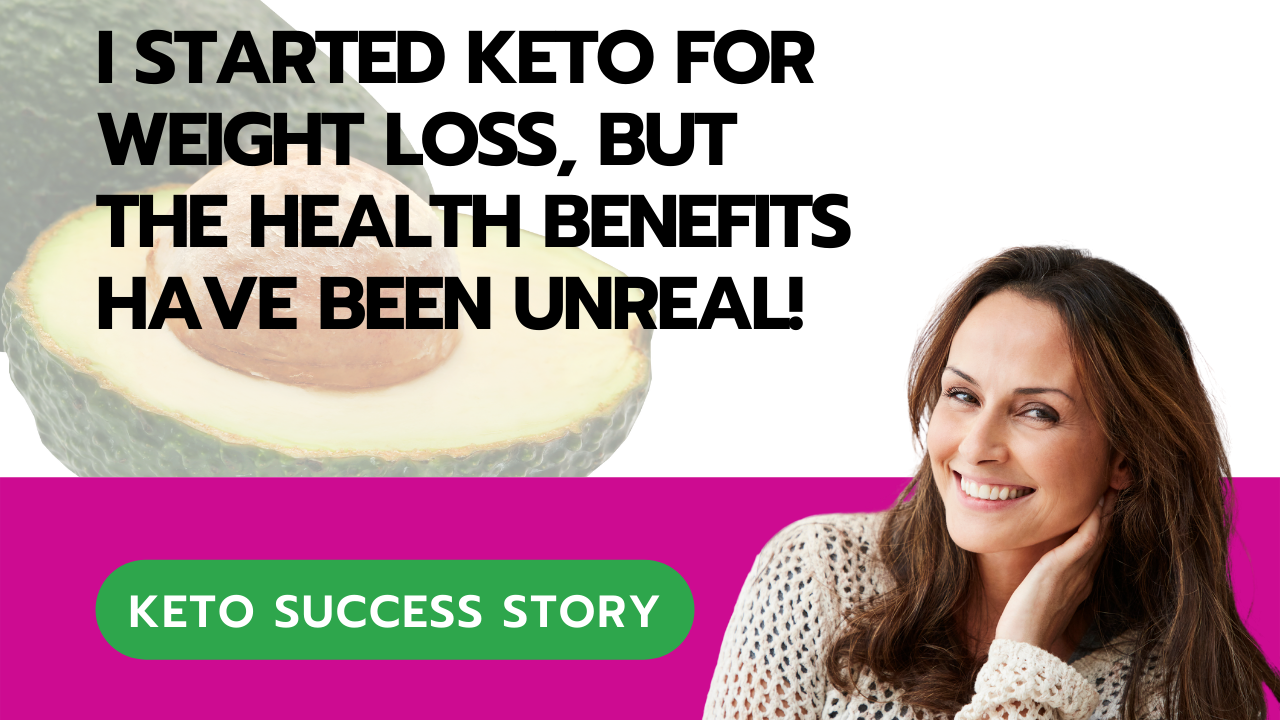 Anni is a 50-year-old woman from the Mid-west who, for most of her life, hadn’t needed to worry about her weight. But soon after her 40th birthday that all changed and the weight started to pile on.

So Anni did what you may have done before, and jumped on the diet bandwagon.

She tried a lot of the common programs like the Whole 30 but she also attempted keto but had only been able to lose 1lb a week.

Annie knew that on her own she was never going to get the results she needed or wanted.

Researching keto on her own felt impossible and super frustrating. She read so many different keto books but her eyes started to glaze over.

The main issue she had with keto was how to make the right food choices. She had read all about keto, macros, and eating 75% fat but the big question for Anni was…

She felt so alone like she was the only one who couldn’t figure it out when everyone else just seemed to get it.

Anni desperately wanted to lose weight and make healthy choices, but with so much confusing and conflicting information out there, she had become paralyzed.

Anni needed to get unstuck and she reached out for help.

As we started working together, Anni shared that her main goal was to lose about 30lbs and gain more energy.

Anni had a lot of medical motivation to try keto.

First of all, she suffers from chronic migraines and she has to get a monthly shot to try to prevent them. Those shots cost $600 apiece! Even though she was able to get them with a coupon at the time, she knew that in the future, that coupon would expire and she would have to start paying just to manage her migraines.

Anni was hoping that a keto diet could help her lose weight and save her from the pain and cost of migraines.

She also wanted to avoid type 2 diabetes which runs in her family AND find a way to manage her IBS (the constipation form), which she was constantly struggling to control with a high fiber diet.

With all of these medical issues to consider, it was no wonder that Anni had felt overwhelmed.

Luckily Anni was clued in enough to know that a quick fix was not going to work.

What she needed was a sustainable LIFESTYLE that was going to take the weight off and keep it off and a diet that wouldn’t aggravate her existing conditions or worsen others.

Keto SEEMED to be the answer…

Yet even though Anni was feeling relieved to have finally found someone to help guide her through a keto diet she still had a few reservations whether it was the right plan for her.

Knowing that she needed a high fiber diet for IBS she was concerned about how successful she would be on keto. She wondered if she would lose the weight but suffer more with IBS.

She also lives in a rural area, 40 minutes from the closest grocery store and she worried about the inconvenience and time it would take to shop for ingredients.

But at this stage, Anni just felt so discouraged and was hating how she looked that she couldn’t let it continue.

She decided to take the keto plunge!

On joining my keto program, Anni suddenly realized that she wasn’t alone.

Not only did she have someone who knows exactly what they were doing guiding her, but she was part of a community of like-minded people who knew exactly what she was going through.

It was total relief!

She has no more cravings, the IBS constipation is completely gone, and her energy has really kicked in with no lulls throughout the day!

She’s also found that she gets to sleep quicker and actually needs less sleep but has more mental clarity.

As for her weight loss?

In just two months, Anni has lost 14lbs and 5 inches off each thigh!

Anni suffered from Seborrheic Keratosis or SK’s, large dark, flat moles which were all over her neck, chest, and torso. She found them quite embarrassing but thought they were just something she’d have to deal with for the rest of her life.

BUT since starting my keto program, her SK’s are starting to fall off!

“It’s been amazing – going from thinking this was a permanent issue, to the optimism that by sticking with this for the long-term I can remove them all from my body!” she said.

What about her IBS?

Well, here’s where it gets interesting!

Anni told me that before the program she had been taking Benedryl to get to sleep but since starting a keto diet she doesn’t feel she needs it anymore.

So, something she thought was an IBS symptom was probably just the side effect of the over-the-counter medication she was taking to fall asleep every night!

That’s one of the benefits of working with me— having a trained healthcare provider that can actually recognize these interactions which overlap and can cause problems.

Anni really enjoyed all the aspects of working with me, the results she’s experienced, the course materials, and the community, so much so that she’s going to stay on with us for long-term support to continue her weight loss journey.

She’s ready to take this to the next level.

Find out what surprising results keto can bring for you!