Joint Pain Used to Stop me in my Tracks, Not Anymore! 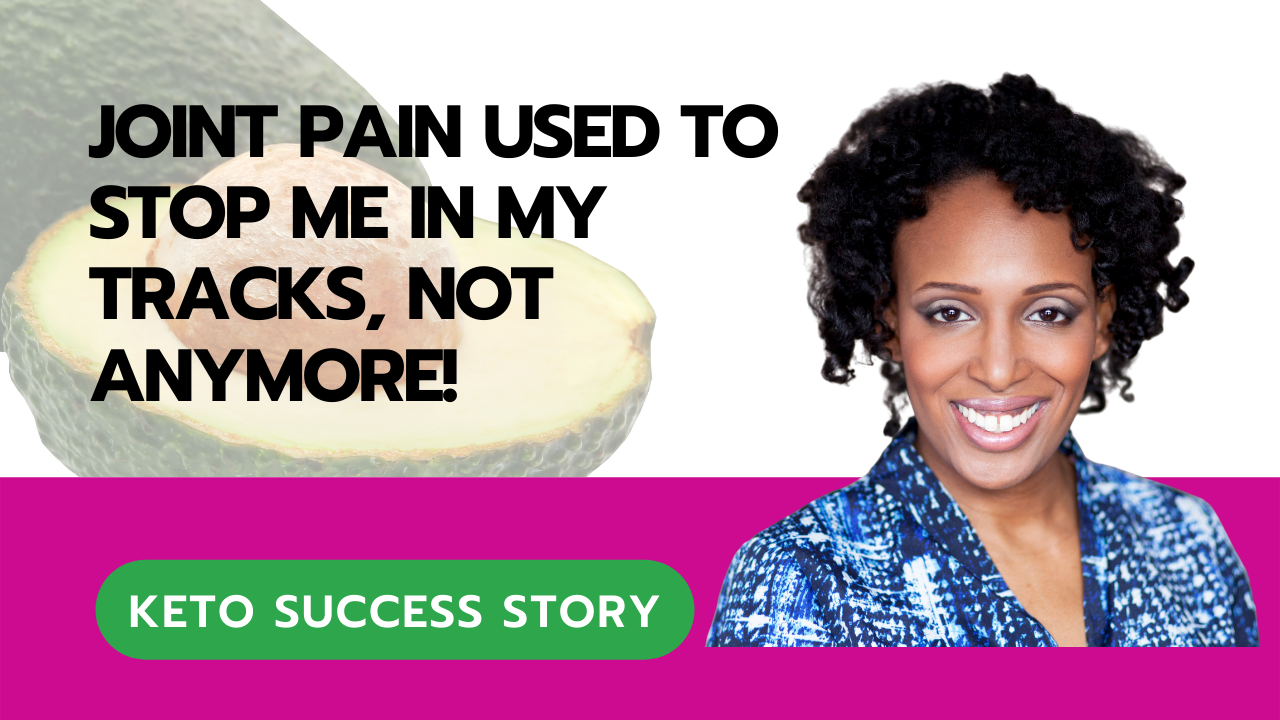 April is a 42-year-old woman, 5 ft 1 ½ inches and when she started working with me, she was up to about 316lbs. In the past, April had done Weight Watchers and managed to lose quite a lot of weight on the low-calorie, low-fat plan, getting down to 140 lbs.

But the problem was that throughout it all she was in constant joint pain.

She didn’t know what was happening but with hindsight, it was likely some sort of autoimmune condition triggered by her diet.

As well as her dieting, April was working out 6 or 7 days a week. So she was doing all the typical things that people are told are the right things to do to lose weight…watch your portion size, count your calories, and work out lots.

But all that led to for April was constant pain, even though she had a smaller body. It got so bad that she had to give up working out because she was just in too much pain.

And then, of course, her weight started to creep back up.

Once again, April was back to square one and she started trying keto on her own. While she wasn’t having the pain issues, it just wasn’t going the way that she wanted it to. She wasn’t seeing the results that she was looking for.

The reason wasn’t keto, but trying to figure it out all on her own. There was just so much information out there and she really just needed help in putting it all together.

In fact, what she really wanted was accountability and support from someone who knew exactly how to make keto work for HER.

April was desperately seeking something that was going to be sustainable long-term. This wasn’t all about short-term weight loss, it was about getting rid of this pain once and for all. A slimmer body that felt good would just be the cherry on the cake!

After a couple of months of working together, April was down 31lbs!

She said that one of the big AHA moments she had when working with me was the fact that keeping keto simple is one of the keys to success.

Everything she had read before on the internet had been so confusing and overwhelming with all the percentages, math, and complicated recipes.

But with my approach, April found a lot of freedom.

My teaching focuses on really simple principles on how to put a meal together and all the ways that really help you towards success.

April linked this to my specific approach to keto that addresses the psychology of WHY we eat and what it is exactly that makes us feel deprived. Understanding those triggers means she could recognize them and break free of the cravings and that feeling of deprivation.

Achieving this freedom from food obsession was a goal April hadn’t even realized she had before she started!

But it was this that ended up helping her tackle one of her ongoing challenges of the workplace food environment. Before, she would turn to the food available at work to binge or comfort eat when things got stressful. But now she feels completely satisfied and the cravings that hounded her before are completely gone.

It was a huge turning point for her.

But the most amazing result for April is that the pain she had before when trying low-fat diets and calorie counting approaches, was now SO MUCH better.

She’s able to work out as much as she likes now, which is a big improvement as it’s something she really enjoys.

Not only that but her mood is so much more stable, she’s anxiety-free and just happy!

April loves that my approach is so much more comprehensive than anything she had done before, and she especially enjoyed the weekly videos and training modules.

“Every week it was like, oh my gosh, this is exactly where I’m at in my journey! You know what I need to know right now. Your style, all the layers of support, and the entire program just work so well together and worked perfectly for me.”

April also really appreciated something I have my people do every week, which is tapping into WHY they’re doing what they’re doing.

We look into why a keto diet is so important beyond the number on the scale. We explore what all the other benefits are for them personally, all the quality of life things that they’re focused on.

She said that being able to pay attention to all the reasons why she’s doing this and see those improve every single week was a game-changer for her.

Are you ready to get in the game and see your life improve in so many ways?