Keto Gives Me Freedom from the Blood Sugar Roller Coaster

Today was quite a stressful day. My car’s radiator blew up on Thursday, so I was without a car. Additionally, my sink was clogged and water was leaking everywhere, so I was unable to use my kitchen to prepare food. This morning as I was waiting for the maintenance crew to come unclog my drain, enjoying my morning coffee with fresh made whipped cream, I was planning meals to cook this afternoon. I realized that I was short a few ingredients to make Teriyaki Chicken Hearts as planned, so I decided to borrow my son’s car to run to the store quickly before breakfast. While I was out, I took a short detour to find some new workout pants, since my old ones are too big, plus they have a huge hole in the butt. Shortly thereafter, my son called to say he needed to buy some new shoes for work today. Since he wears a size 14, which is very hard to find in most stores, this was going to be an adventure. I hurried home only to find that the power was out from the huge windstorm hitting our area. Since I definitely couldn’t cook now, and the maintenance crew and plumber couldn’t even unclog my drain (needed power to run the plumbing tools), I decided to ride along with him for the afternoon. Without ever making breakfast.

Once we gave up on finding my son any shoes today, it was about 2:30 pm and time for us to hit the gym before he had to shower and go to work. Neither of us had eaten yet today. We were both hungry, but decided to keep going and eat after the gym.

One of the things I love about my ketogenic diet is that I am no longer dependent on food to maintain my blood glucose levels. Before keto, I would need to eat every 3-4 hours, and if it had been too long between meals, I would start to get irritable, fatigued, shaky, forgetful, brain fogginess, stressed out, and hungry. Some people call this “hangry” (hungry + angry). When my blood sugar started to dip, food and eating were all that was on my mind. I couldn’t do anything else until I got something to eat. If I was away from the house, or had errands to do, I would often grab fast food or something (anything!) from the grocery store, and almost always my food choices were high carb. In that state of energy depletion, my body knew that carbs would be the fastest way to maintain my blood glucose and my energy. In that state, I had little willpower to make healthier choices because physiology always wins out over willpower. After eating that high carb meal in the past, my blood glucose would spike up, causing a huge release of insulin, which in turn would cause my blood glucose to drop back down in a matter of hours. This cycle of highs and lows would repeat throughout the day. When I teach nutrition classes, I refer to this as “the blood sugar roller coaster”. 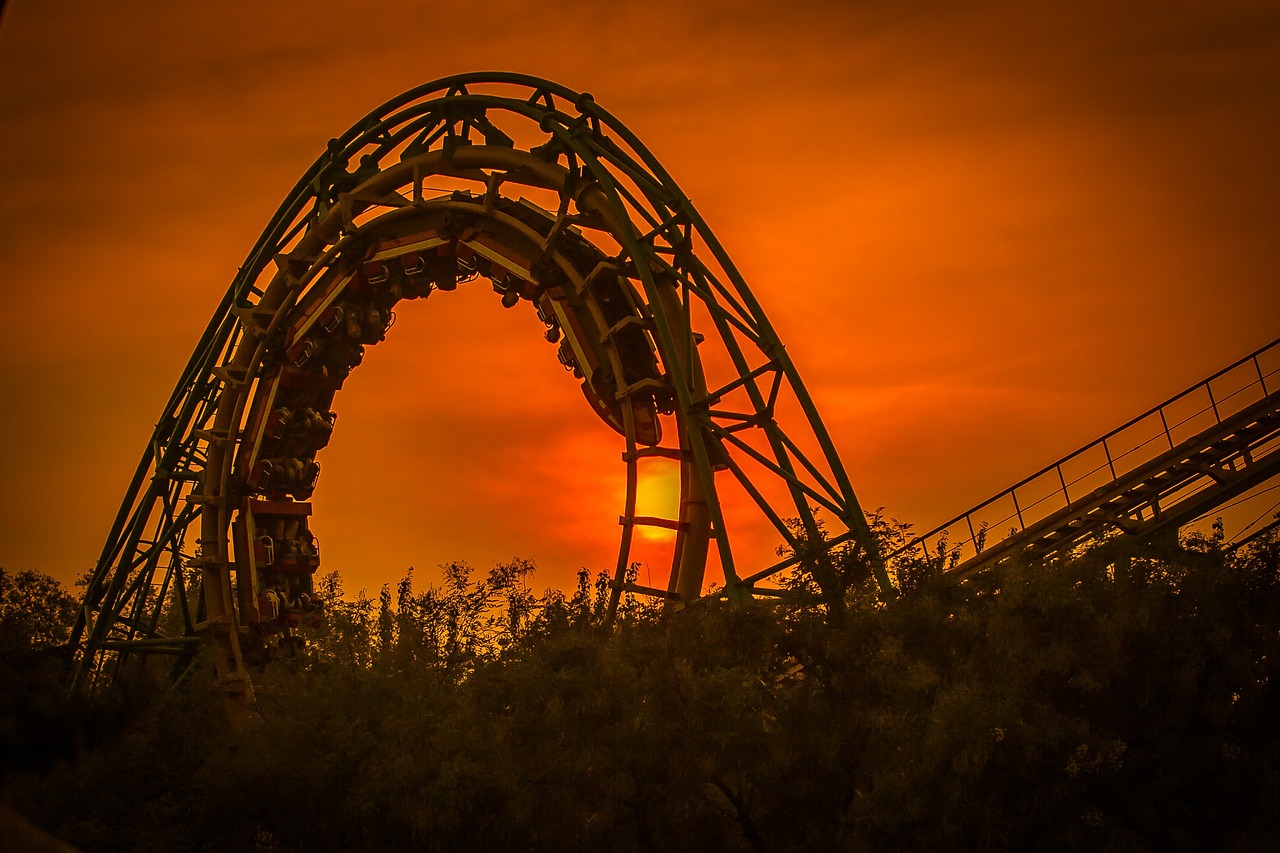 The blood sugar roller coaster is not a fun ride.

But after keto, I am no longer stuck on the blood sugar roller coaster. My body is running primarily on ketone bodies, which are made from fat. (And the tiny bit of glucose my body needs is easily made by my body, too.) Since there is a steady supply of fat IN my body, enough to last for months, I’m no longer dependent on food to maintain my energy and stamina.

Today I was able to survive (thrive, really) on only coffee and cream (and my own body fat) from the time I woke up at 8 am, until about 5 pm. I was clear-headed, had plenty of energy, was easy-going, agreeable, and hungry. Yes, I was hungry going that long without food, but I wasn’t powerless over this hunger. I had an option to eat if I wanted to. I was not in a physiological state of overdrive, seeking a high volume of any carb-laden food I could get my hands on. I had choices. I could have stopped at multiple fast food places or grocery stores along the way. But I didn’t want to. I wanted to wait until I got home later to make a meal that would truly nourish me AND taste delicious. And a meal that would keep me off the blood sugar roller coaster. I was using my physiology now to give me willpower, instead of trying to use willpower to overcome my physiology.

I can’t even begin to describe the feeling of freedom keto brings to my life.

Here is the salad meal I finally made when I got home (and my power was back on and my sink was unclogged). A giant Pepperoni Pizza Salad with Tomato Basil Dressing. It might have been the most delicious salad I’ve ever eaten. 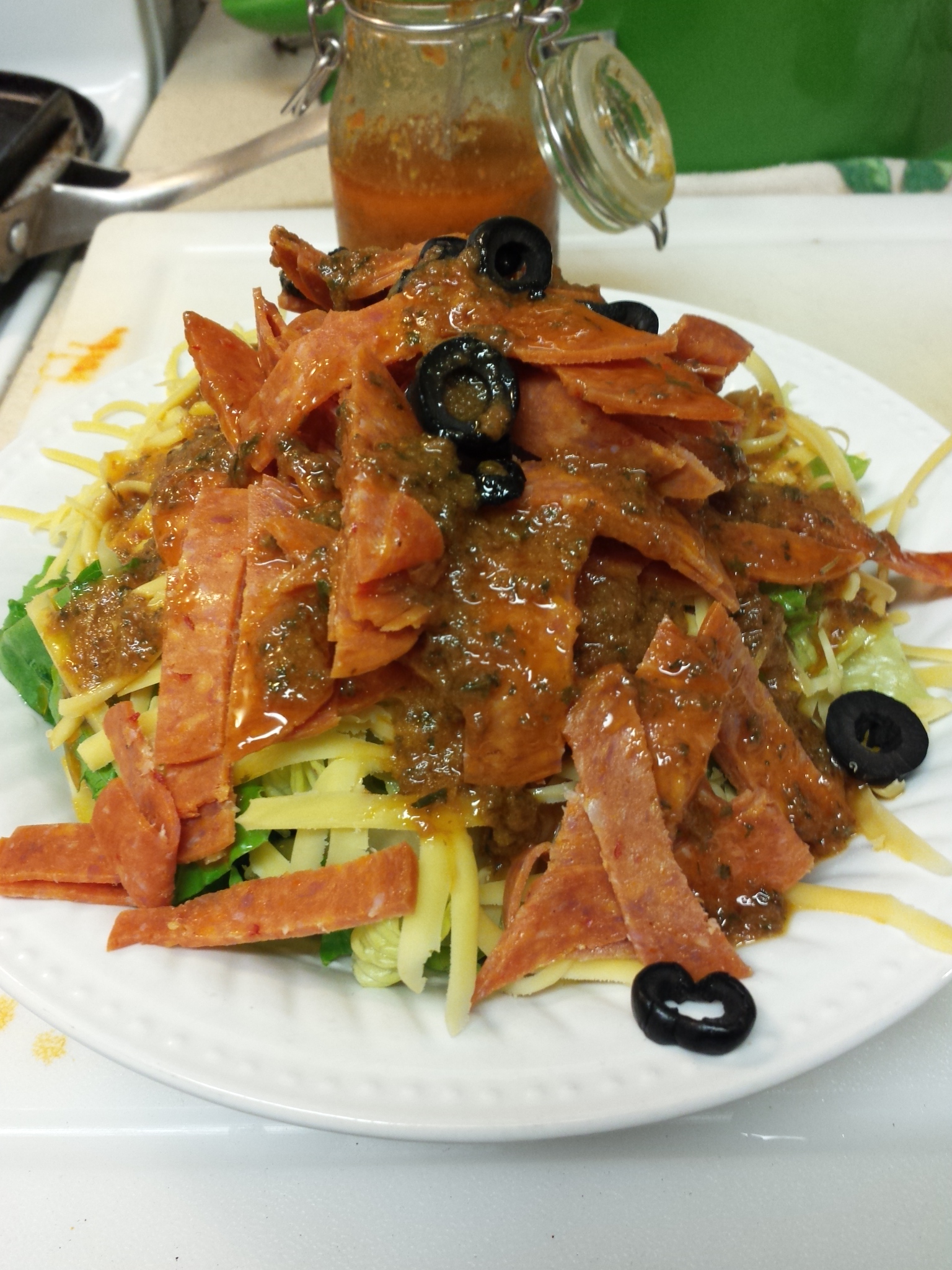