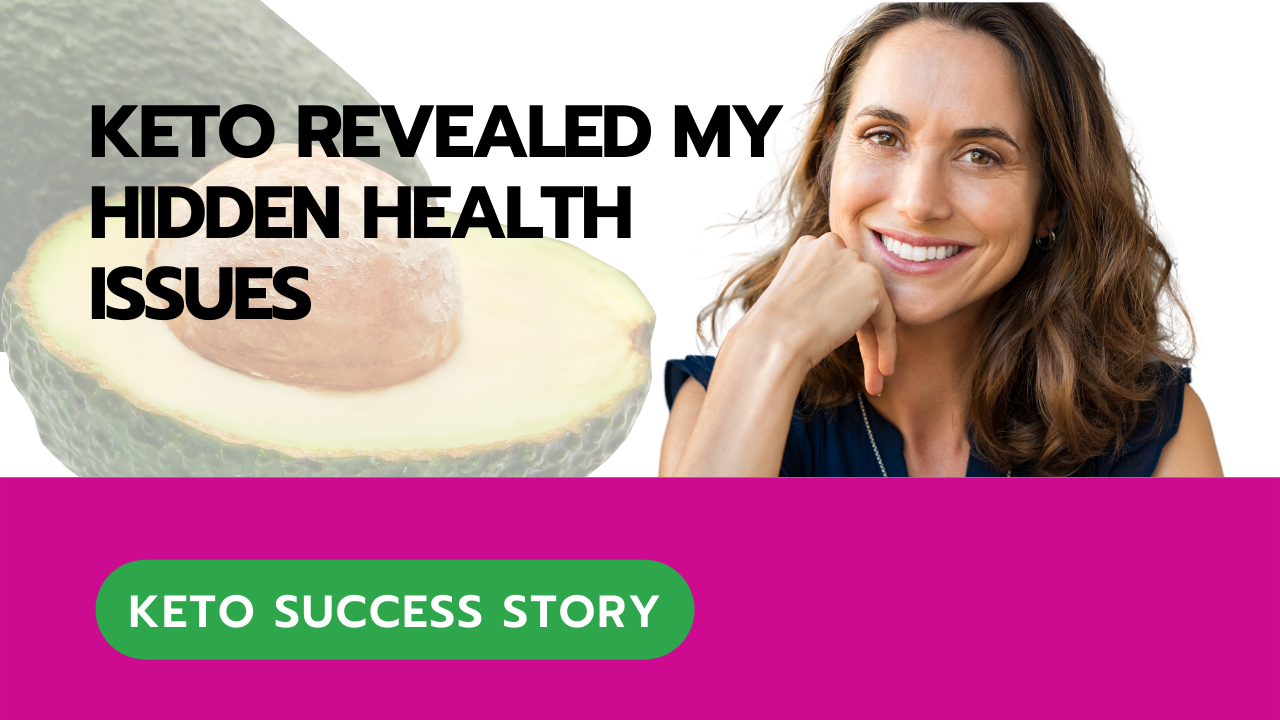 Sometimes we don’t know how unhealthy we are until we feel better.

This is exactly what Maureen realized after completing her 9-week keto program with me.

Maureen is a 38-year-old busy mom of twins. Double trouble!

She was finding it hard to keep her weight in check and when she finally came to me for help, her weight had reached 206lbs, which she felt was too much for her 5ft 3in frame.

When Maureen came to me she had never attempted keto before.

She was a complete newbie watching from the sidelines as many of her friends and family experienced keto success.

But Maureen just couldn’t figure out how to get started on her own. Never mind how to be successful!

Maureen had tried every diet under the sun but had limited success.

One of her past diet attempts included working out with a personal trainer whose diet plan for her was mostly protein. At the time Maureen just couldn’t understand how anybody could eat that much protein!

Now, having worked with me, Maureen realized that the way she’d been eating was nearly 100% carbs!

She had been surviving and trying to lose weight on a diet that had consisted almost entirely of bread and carbs with little room for protein.

Now she realizes just how counterproductive that was. It was one of the biggest AHA! moments for her during her keto program.

But it turned out not to be the only realization…

Maureen was super excited by the amazing results from working with me, one of which was finally being able to wear jeans again!

This might not seem like a huge accomplishment on the surface, but Maureen had come to realize that most of her time had been spent wearing stretchy yoga pants which are VERY forgiving when it comes to a growing waistline.

With many of us forced to work from home these days, living in stretchy pants means we can deny a lot of weight gain.

Her body was finally getting back into shape thanks to keto!

She lost over 7inches off her waist and a couple of inches in other places. But it was that specific and drastic change in her waist measurement that showed huge improvement to her metabolic health.

The biggest indicator that we’re not very healthy in our body is that our waist measurement keeps increasing.

So the fact that she lost 7inches off her waist AND in just 9 weeks is a great sign.

Not only have things changed on the outside, with a smaller waist but it’s a clear sign that her internal health is much better, too.

Some other improvements that Maureen noticed were that her skin is much less dry, her anxiety is less, in fact, she’s been able to half the dose of her anxiety meds.

She also has so much more energy. Before the keto program, she had to take a nap every day and now she doesn’t need that. She can power through and not feel exhausted.

The other benefit of working with me was that as a trained medical provider, I can see certain things that other keto gurus might miss.

We ran some labs on Maureen and we actually found out that she had undiagnosed anemia— an issue that her doc had completely missed!

Being able to work really closely with somebody like me means that you are able to get healthier in a lot of different ways, not just lose weight.

Maureen had been struggling with fatigue for such a long time and now she knows why. She is able to properly supplement and is on her way to resolving her anemia.

Beforehand, she had suffered from terrible heartburn. She went from rating that as an 8 out of 10 for severity to a 2 out of 10.

The headaches that she used to suffer have completely gone.

And her digestion is 1000 times better!

In fact, bad digestion was something she hadn’t even known she had an issue with before. She had always just thought that it was normal to feel crampy and bloated with stomach aches after she ate a meal.

She said that that was one of her biggest surprises from working with me— finding out just how poor her digestion really was!

She was also really surprised and happy when she didn’t have a winter cold. Normally every winter Maureen would get a really bad cold and this year she didn’t get sick at all.

This result is totally in alignment with what we see in typical keto success cases. People find that their immune system starts to work really well and they hardly ever get sick anymore.

So what’s next for Maureen?

Well, she said that the 9-week boot camp was just the tip of the iceberg!

She’s so excited about her future that she’s decided to stick with keto for the long run. She’s even joined our Crew which is our long-term membership to support clients for a lifetime of success.

She actually started working with me right BEFORE the Christmas and New Year holidays!

A friend said to her, “I don’t think you should try to start a new diet before the New Year. Why don’t you just wait until January? Enjoy the holidays.”

Maureen was of course concerned, but I asked her…

Why wait another 6-weeks to feel better?

Waiting will only mean gaining more weight and then starting the new year having to lose more weight than where you’re at now.

Why not give it a shot? Go through the holidays and start off AHEAD of where you would have been!

Maureen, being the good sport that she is, was open to trying that.

And it worked out beautifully for her! By February she had lost 17lbs. Had she waited, she probably would have gained that much or more.

Maureen’s great results have spurred her on and she’s going to be with us for the next year for ongoing support to get all the way to her weight loss goal AND maintain all the benefits she’s already enjoying.

So, just as I asked Maureen…why are you waiting to feel better?