My High-Stress Life Is So Much Easier With Keto 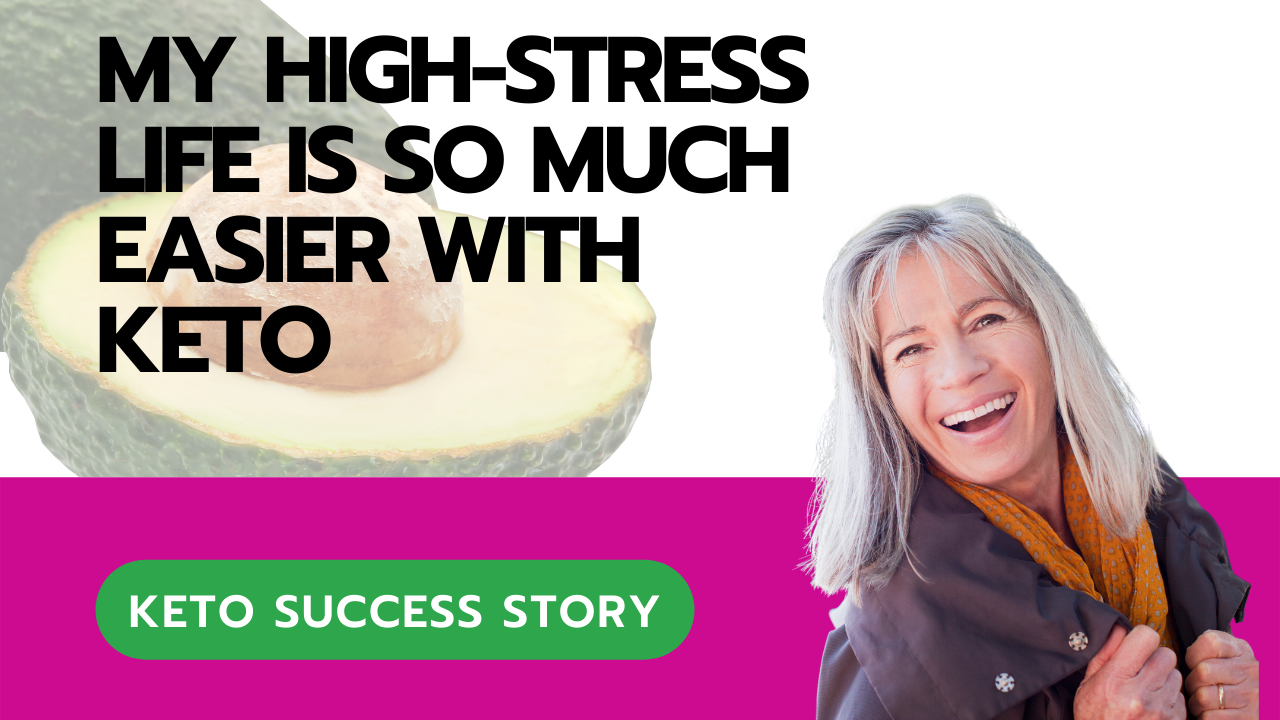 Sticking to a healthy diet regime when life is crazy busy can be one extra stress that you just don’t need.

But did you know that following a keto diet can actually DE-STRESS your life?

That’s exactly what Tori found out.

Tori, a busy mom in her 50s, signed up for my keto program with a starting weight in the low 200’s. Previously, she had tried a few low-carb delivery services but had never really seen a lot of results.

Even though the food was delicious and she knew that she did well with a low-glycemic diet, it just never seemed to make much of a difference. The most she had lost was just 10lbs over a long period of time.

Toris was never what you’d call a “hardcore dieter”, she was just a busy woman who, every once in a while, would endeavor to lose some weight.

But then life changed and Tori had to get more serious…

Tori came to my program looking for a massive transformation. She wanted to see a lot more weight loss and have it be long-term.

What was the reason for her shift in mindset?

Well, Tori had a lot of health issues creep up on her over the past few years and they were adding extra stress to her already high-stress life as a career for family members.

She had gotten to a point with her own health that she REALLY needed to make a change.

She had autoimmune issues and cardiovascular problems that were extremely worrying. We’re talking bleeding on the brain and angina…so, proper scary stuff!

She was looking for a weight loss plan that would not only bring about dramatic change but that she could also stick with long-term even when life tried its best to de-rail her.

Tori knew that if she was going to be able to sustain it then it had to be simple.

So when she discovered my keto program, it sounded perfect.

But with all her health concerns she did have some reservations. Her doctor was asking whether this was a safe diet for her and if it was going to be helpful and safe long term.

I’m happy to say that it very much is!

Clinically, people following a ketogenic diet have managed to reverse all of the same health issues that Tori had going on, and they live happy, healthy, and long lives.

Another medical issue that Tori had going on was a lot of edema in her feet. She struggled to put her shoes on because her feet were so badly swollen.

Before starting the program, she rated the swelling a 10/10…but now, after just 9 weeks, she has ZERO swelling in her feet!

The results don’t stop there…

Now, she’s happy to report that that’s all gone!

Not only does she no longer look like she’s “with child” but it’s so much easier to bend over and tie her shoes.

As well as the health benefits, visible results, and clothes fitting better, Tori has also noticed a huge difference in how stress-tolerant she is. With all the things going on in her life, her anxiety levels have been dramatically reduced.

Tori is completely thrilled with her results but also with the program in general, viewing the entire experience and the future with hope and optimism.

Her main takeaway from working with me was that this is absolutely a lifestyle that she can stick with for the long term.

But what about all those scary health problems?

Since starting the keto program, Tori has had no issues with cardiovascular events, and the symptoms she was experiencing with that are all but gone.

She’s also noticed a lot more energy, going from dragging herself around all day long, to having plenty of energy to keep up with everything she needs to do.

She‘s feeling really good in her body, she can move better and she looks better, there have been so many improvements and changes in her body.

Tori had a huge amount of stress going on in her life, job-related and family caretaking, but she was able to stay on track throughout the entire program.

Through the support and the general program approach, Tori felt like it was all manageable and sustainable despite all the stressors going on in her life.

“Those stressors, in the past, would have broken me, knocked me off my path. I never would have been able to stick with something like a dietary change or even a diet in general. But now look at me!”