Ready for 60 and in the Best Shape of Her Life 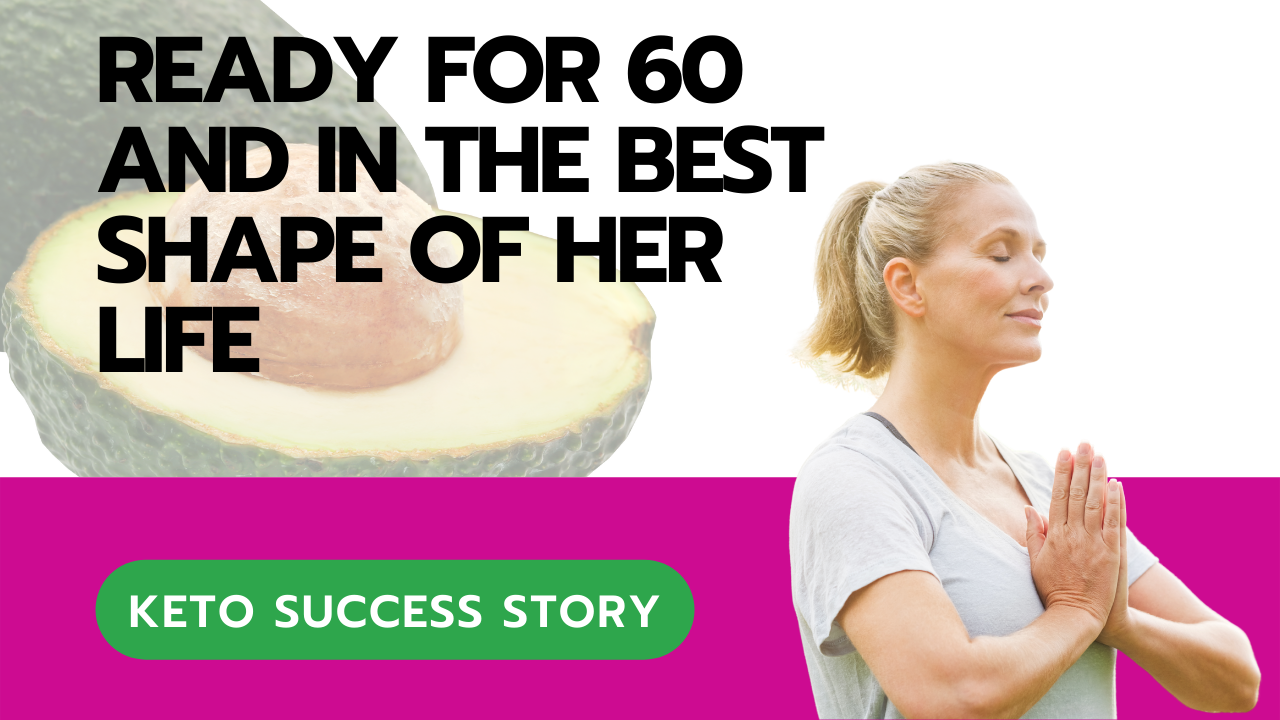 The thing with trying keto on your own is that results can be so ridiculously slow!

You put in the effort working your butt off (or trying to!) at the gym, but somehow, the results just refuse to come.

You start to think you’re the one doing it all wrong. That you’re the problem.

Well, I have news for you…

YOU ARE NOT THE PROBLEM!

And you are not alone.

This was exactly how Yvonne was feeling when she started my keto program.

Yvonne is a 59-year-old lady and she wanted to celebrate entering her 60th year by being in the best shape of her life.

Signing up for my keto program was a gift to herself. This was her time and I was so excited to help her achieve her goals!

Yvonne is 5ft 8in and her starting weight was 220lbs – which incidentally, are very close to my stats when I first started my own keto journey!

Like all of the people I work with, Yvonne got wonderful results.

Yvonne had tried keto on her own but because her results were so painfully slow and insignificant, she was convinced that she was doing something wrong.

She thought of herself as just being a slow loser and this negative self-image ended up demotivating her and knocking her off the wagon, time and time again.

In fact, she struggled to stick with it so many times she had started to call herself a “wagon-fallen-off-er”!

When following keto on her own the best results she ever achieved was 30lbs of weight loss that took her several years. Even though she was working out five times a week, she just wasn’t losing weight quickly.

She was confused but she just wrote it off as being something wrong with her.

Then she met me!

I assured her that things would be very different this time around because I have an excellent track record in helping people just like her (and just like YOU).

So while in the past, she only managed to lose 30lbs over a several-year period, within just TWO MONTHS of working with me…she had lost 12lbs.

A MUCH faster rate of weight loss than she has ever experienced on her own.

I asked Yvonne, “What are all the things that you notice have got better for you over the last couple of months?”

She replied, “Oh my gosh, so many amazing things in my life have improved!”

She no longer suffers from the migraines that used to plague her.

Her heartburn is all but gone AND she’s no longer taking medications for it.

Her joint pain is considerably better and her confidence is now through the roof.

There was one other really interesting thing that she noticed…

YES! It absolutely is.

I explained to Yvonne that when your body is stuck in carb-burning mode, it’s a lot of work for your heart and requires a lot of oxygen.

When you switch over to burning fat as your primary fuel, which is one of the many things that keto does for you, your heart rate will lower because it doesn’t have to work as hard or exchange as much oxygen and carbon dioxide.

She said, “I’d been doing keto off and on for years but this time has been way more intense and so much more effective.”

For Yvonne, it was the strategies that I taught her, the program, and its structure that helped yield results much better than anything she had ever been able to figure out on her own.

Her biggest takeaway from working with me was that an increased salt intake was the number one thing she needed to do.

This is something that is so often missing on other keto diets and programs, but it’s super important and it made a HUGE difference for her.

Yvonne also shared that her urinary incontinence is completely gone and one fun thing she noticed was that now, she’s a REALLY fast typer and is able to get so much more work done!

As well as all these positive changes in her life, she also has visible physical results…

Her pants were literally falling off her. When she ordered new pants off the internet, she thought they were going to be way too small, but as it turns out, even those were baggy!

Yvonne is a great example of how it is NEVER too late to get in the best shape of your life.

There is no such thing as a slow loser and YOU are never the problem.

All you need is the right keto program!

With the right information and the right keto tools, you CAN stick with it and you WILL see fast results that make so many positive and lasting differences in your life!

Ready? Get in touch!