Type 2 Diabetes is No Longer My Fate Thanks to Keto 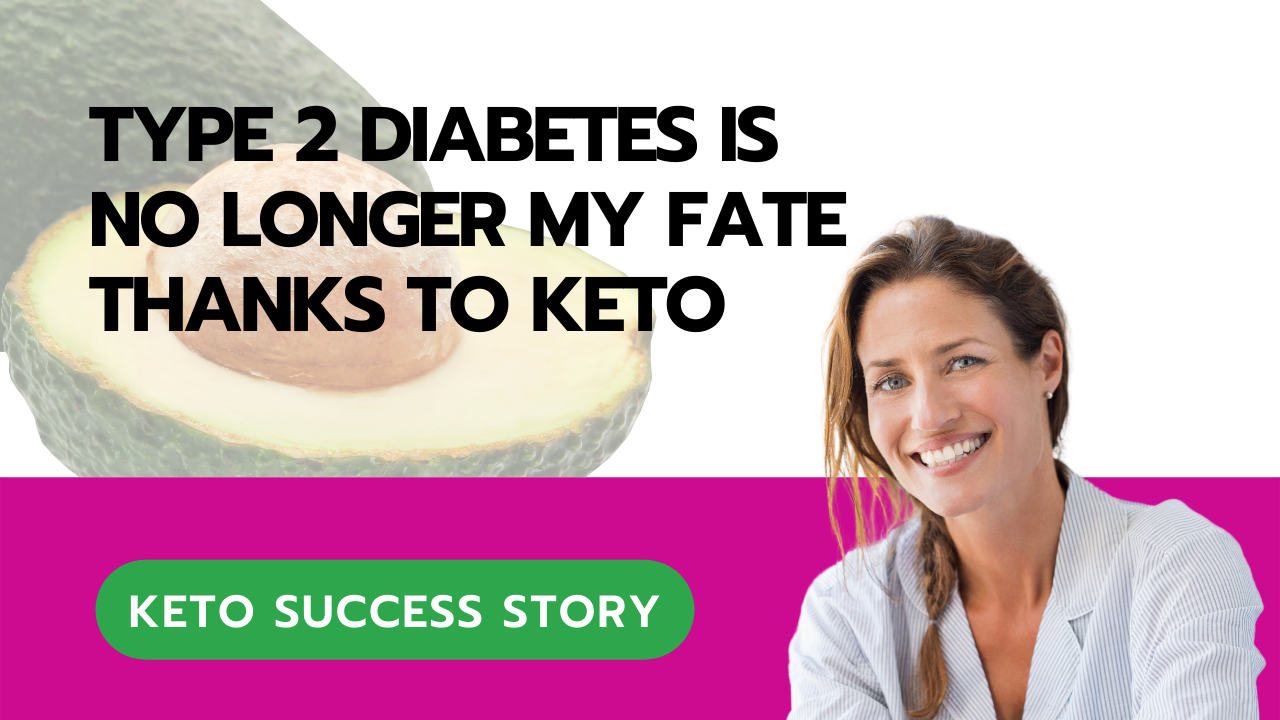 A.S. is a 30-year-old woman who came to me for help in her struggle to lose weight. She had a lot of motivators for wanting to do keto but just as many fears and challenges.

She wanted to lose 50lbs, for herself, but also as a little mischievous revenge on her ex-boyfriend. She had experienced a painful breakup a year ago and she wanted to get in better shape to show him what he was missing.

But the most important driving factor for A.S was her health. Her mother and close family members have Type 2 Diabetes. She had been watching the effects of it on their lives, on their overall health and A.S. was desperate to avoid that same fate.

As a data analyst, she was stuck working from home, the home she shares with her parents and other family members.

This was going to be A.S.’s first hurdle…

Being surrounded by sugary snacks and high-carb foods was going to make it extra challenging to follow keto.

But, A.S. knew that if she was to avoid that family history, then she had to try.

She also had some knee pain, she was feeling very sluggish all the time and she had a lot of inflammation.

She just wanted to be the best version of herself, to be a role model for the rest of her family and influence their eating habits for the better.

A.S. had done a lot of diets before and even lost a lot of weight but she always regained it and then some.

She attributed her struggles and constant failures to being an emotional eater and the challenges of eating out with friends. She found that she always wanted to be able to eat whatever they were eating and she could never stick to the restrictive diets.

She had even tried extreme diets such as the lemon water diet, low-carb macros, and intermittent fasting. She had even tried to follow keto on her own but was only able to do it for a few weeks. She was buying a meal plan online but when she got blood work done, her doctor said her ADL cholesterol was off the charts.

She knew she was doing something wrong on her own. She knew she needed help to do keto correctly, safely and successfully.

BUT A.S. was still very concerned about how she would be able to stick with keto with all of her challenges.

One of those challenges was that her mother is a food hoarder specifically of sweets, snacks and fried foods. She was constantly surrounded by high-carb and high-fat snack foods.

It was going to be an extremely difficult and challenging environment for her. She knew she would do okay during the weekdays when she was busy with work, but the temptation at evenings and weekends was going to be particularly great.

Before we started working together, A.S. had a lot of fears running around inside her head.

All she kept thinking was… “Am I doomed to the same fate as my family with type 2 diabetes? Is there anything I can do to prevent that, or is it hopeless?”

She was feeling frustrated, overwhelmed and confused about how to do keto correctly.

She thought that it was going to be too hard to stick to keto because of her environment, her family, and the fact that no one else was doing keto.

Would it be just too hard to resist the temptation alone with all the food that is at home?

On top of everything else, was this fear that she was unlovable… that if she couldn’t lose weight or be a certain size on the outside, would she stay unhealthy and unloved?

With so much stacked against her, A.S. was also afraid of failing. In the past, that fear had stopped her from starting things or the fear had made her quit before the end.

A.S. admitted to me that this was exactly how she was feeling before we started working together.

She had tried so many different things in the past and failed.

So how would this be any different?

But this time she had me.

So, A.S.’s main goals were to lose 50lbs, avoid developing type 2 diabetes, and finish what she started.

After a little after 2 months of working together, she got amazing results!

She saw weight loss, managed to avoid temptation, AND she finished the program.

The biggest transformation came from her realization of her relationship with food.

Beforehand, she thought she kept failing because she was an emotional eater but it turns out it was a more external factor. Being in an environment and seeing other people eating certain high-carb foods makes it extremely hard for a brain to want to stay on track.

This realization gave her the confidence to stay in control.

Before she was scared to even go out to eat with friends or to order anything but now she’s got the strategies on how to do that correctly without giving in to temptation.

Throughout the program, she gained so much keto knowledge and insights, and with her newfound energy, she’s feeling confident that she’s becoming a role model for her family.

In the beginning, they were very resistant to her following keto, thinking that what she was doing was unhealthy…despite the fact that they were the ones with Type 2 Diabetes!

But once they saw the results she was getting they became a lot more comfortable. And with the knowledge that she is sharing with them, they are becoming more and more curious about keto and the health improvements she’s experiencing.

The process of going through the programme A.S. also realized that this is not a temporary thing. She needs to commit to changing her eating habits for the rest of her life if she is to continue on her journey to her weight loss goal and, more importantly, avoid Type 2 Diabetes.

A.S. also learnt that you don’t need to be perfect. Life happens, it continues and you don’t give up. You just keep going.

Before the program, if she had had a carb lapse or if she went off the rails on a diet she would have given up and said this just can’t work.

But with all of the support that she got through me and the other members of the program, she was able to just keep going. Keto is not a quick fix or a temporary thing. It needs to be a lifestyle.

As well as discovering the brain deals with cravings and appetite by seeing different foods, A.S. had another AHA moment…

There are simple little things to help you tell the difference…

For example, ask yourself how long it has been since your last meal? If you’re thinking about food just an hour or so after your meal then it’s likely a craving.

The other hunger or craving test I gave her to do was this – when you feel the urge to eat, think about a well-formulated keto meal, and if that sounds good and you’re ready to take the time to prepare that, then that’s often the sign that you really are hungry.

Also, ask yourself what are you hungry for? If your brain goes to carbs then that will typically indicate a craving.

Learning that difference was a huge lightbulb moment for her.

She learned how not to give in to temptation just from understanding the difference between hunger and cravings. She now knows to avoid the triggers, as exposure to triggers is one of the things that are going to cause intense cravings and make it super hard to stick with.

What were the 3 secrets to A.S.’s success?

A.S.’s story just goes to show that even with the most impossible of environments, a family history of Type 2 Diabetes, huge fears of failure and insecurities…keto success is possible!

If you’re inspired by A.S.’s story or perhaps you recognize something of your own fears or life situation in there, then click on the APPLY button, fill out the form and see if we’re a fit.