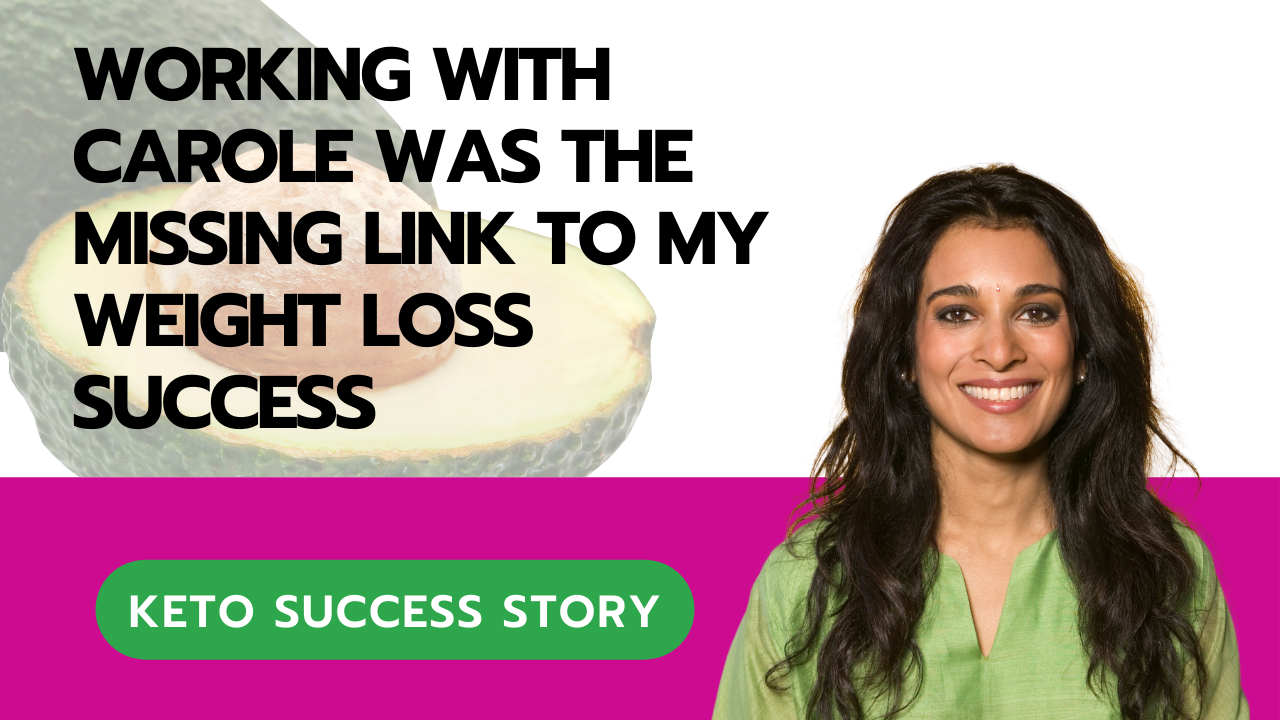 Ashleigh is a busy mom, in her 40s with a high-stress and intense job working 12-hour shifts. She travels a lot for work and for pleasure, so when it comes to cooking elaborate healthy meals, she just didn’t have a lot of time.

She had always been a bit of a yo-yo dieter. Every time she lost weight she would gain it all back again…but with reinforcements.

Even though Ashleigh was fit and loved to exercise, it just didn’t seem to help her lose any weight. The more she gained, the less active and the less motivated she became.

It all got to the point where Ashleigh was feeling really frustrated. She felt like her body size was holding her back.

She wanted to do more, go places, and experience more of LIFE…

But, the way she was, she just didn’t want to be seen.

Not only was her weight and size affecting her self-esteem but she was also struggling with sleep, mood swings, and low energy. She also complained about having a lot of inflammation in her body. Her fingers were always swelling, and she constantly felt bloated.

On top of all this, Ashleigh was very heat-intolerant which caused her to sweat all the time and made her even more self-conscious.

With all of this stacking up against her, Ashleigh was at an end-pass.

All she wanted was to feel like the best version of herself. But instead, she felt like her body was putting limitations on her life.

She knew it was time to take drastic action…but what and how?

Whatever she tried, she knew she was going to need some outside help!

Her work environment had always been a huge obstacle to her weight loss. Not only did her long shifts make healthy cooking difficult, but she was always surrounded by lots of carb-heavy foods that her colleagues would bring in.

Even being at home was a challenge, with her hubby and two teenage boys and their carb-eating habits to contend with.

If she was going to be able to resist the temptation and fight the cravings, Ashleigh knew that “alone” was not an option.

As a yo-yo dieter, she had come across keto before but had found it so confusing.

“I was always wondering if I was doing it right? What am I supposed to be doing with these percentages and macros? I tried to read up on it but just didn’t know how to get it to work for me. It all seemed so complicated and I didn’t have the time to figure it out on my own.”

In her confusion, Ashleigh turned to using a lot of the so-called “keto products” that try to recreate high-carb foods, like keto cookies, peanut butter, and sugar-free candies. She thought that these substitutes were keto and would help her lose weight.

That was until she started working with me and learned the truth!

Now she realizes that those processed keto products only make you overeat because they taste so good! They were just stoking her cravings, not removing them.

They may be labeled as keto-friendly but they actually contain quite a few carbs which add up pretty quickly, especially if you’re not tracking them.

Once I helped Ashleigh see the keto-light, there was no stopping her!

After two months of working together, she’s down 14lbs and has lost a total of six inches from her body, two of which are off of her waist.

As well as her pants and shirts all being too loose, Ashleigh saw some amazing results!

The back pain she experienced before when she was exercising is all gone. Her sleep is much better, her moods are more stable, and she has lots more energy.

The swelling she was experiencing from the inflammation has considerably subsided. She experiences way less bloating, in fact, she no longer has bloating after eating AT ALL! She’s also more heat-tolerant now so she doesn’t sweat as much.

All of these changes brought so much more quality to her life. Before she was just so uncomfortable and self-conscious but now, she feels FREE!

After completing my keto program Ashleigh was super excited to realize that she was no longer food-obsessed or controlled by cravings. Those keto-friendly cookies are a thing of the past!

Beforehand, she hadn’t been able to exercise as much as she would have liked. Now she has the energy and the motivation to do 45 – 60 mins three times a week now and she’s loving it!

Working with me has allowed Ashleigh to see keto as a lifestyle and not just a diet. In fact, she said, “Anytime I think about going back to my former eating habits, it actually makes me feel nauseous!”

For Ashleigh, the most valuable takeaway from my keto program was the guided information. She told me that the video resources and information on salt were so valuable— they were the missing link to her weight loss and why she hadn’t been successful on her own before.

Ashleigh found that having someone by her side to help cut through the confusion of keto was all she needed to break the yo-yo diet cycle and to live her best life.

What’s stopping you from experiencing the same?

Get in touch today!